PX aims to be Pacific’s best 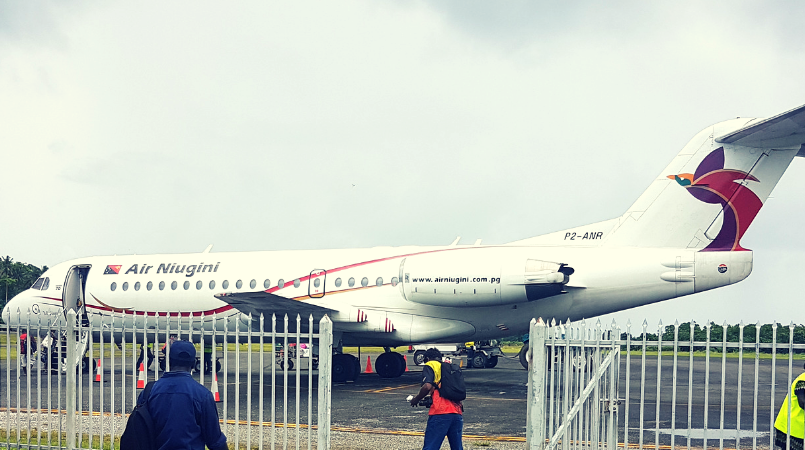 Air Niugini Board Chairman, Sir Kostas Constantinou, says his mission is to make the national carrier the best airline in the Pacific.

Since taking over the reins in mid-2018, Sir Kostas has introduced strict profit making decisions and gone about to instil new culture by engaging more often with staff.

And so far the airline is slowly turning around to be more successful.

“When I went into Air Niugini, it was on track to lose about K180 million profit and I took it on the middle of the year. Within the first day I had already asked the management for pre-packs on all the financials, where we are going, what we are doing, with profitability,” said Sir Kostas.

“But prior to me going in, I insisted with the Government, I said I’m not going in for my health and I really don’t need this job but there’s some things I need to do and if I don’t have your backing well I can’t take it. So I was given that commitment.

“So I went into Air Niugini I suspended a lot of the unprofitable routes on the first day. I mean the routes they were going were just losing millions. So I did that and I did about half a dozen other things,” said Sir Kostas.

“So I suspended some immediate flights and we made K30 million in December, and remember they were on track to lose K180 million.”

Another key focus is to instil a positive working culture within the organisation. And this is by engaging with staff and listening to them. A method which has seen significant impact in Bank South Pacific, whom Sir Kostas is also Chairman.

“One of the things that I do regularly, if I go for an Air Niugini Board Meeting, I find the first Air Niugini Office, I go straight down there, see the staff, talk to them, and engage. Everyone wants a boss to talk to.

“One of the most unfortunate things is when I first became Air Niugini Chairman and I went out for a BSP Board meeting and hadn’t even gone to an Air Niugini Board meeting, and I said to Mr (Robin) Fleming, come along with me. So they drove us down there we went and saw the staff and lovely office, and very competent regional manager, and there was no uniforms. I was so angry I said when was the last time anybody from headquarters came here? And he said, Chairman maybe 20 years ago.

“Man I hit the roof and the next day I went to Moresby and I got the board and I just went for it. That weekend all the managers went out and visited all the Ports. Anybody of any management I said you get on that plane next weekend, on Monday I want a report back on what have you done. And it’s all about building culture.

“Every aircraft I get onto in Air Niugini I go straight into the cockpit, I speak to the Captain and First officer do you have any worries, what can I do, I’m your new chairman, I speak to the people on the ground, the check in girls, I ask them your uniforms are they up to dated, believe me management have been getting hammered about uniforms. I said we need to be like BSP and we need to follow the culture.”

With a new CEO in Alan Milne, Sir Kostas said changes are beginning to take place and he believes that Air Niugini is on its way to being the best in the region.

“But we got some good teams, excellent Papua New Guinean people. All they wanted was a bit of direction, a bit of care a bit of talking to, that’s as human begins that’s what we want.

“My mission is to try and get Air Niugini up to that speed and make it the airline of the Pacific and I don’t think it will take too long,” he said.

Sir Kostas is also Vice President of the Employers Federation of PNG, Honorary Consul for Greece and Cyprus in Papua New Guinea and Trade Commissioner of Solomon Islands to PNG.