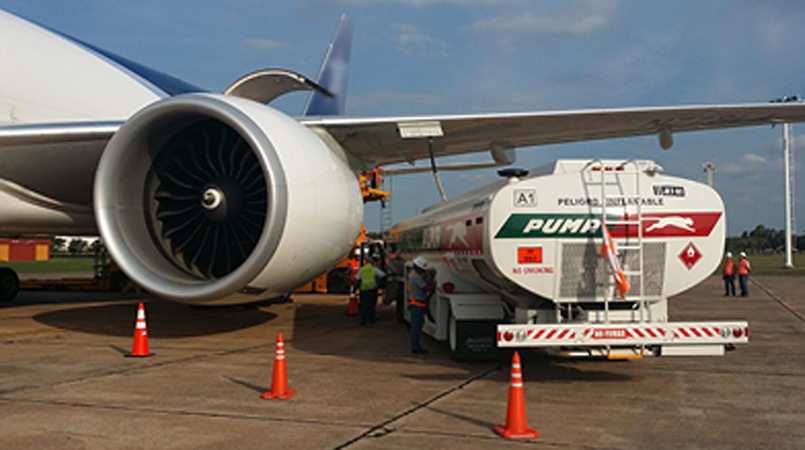 Puma Energy has been authorized to set up its aviation fuel storage facilities at the Jacksons Airport to supply jet fuel.

The Independent Consumer and Competition Commission (ICCC) announced in a statement that ‘Conditional Authorization’ has been granted to the company to supply Jet A-1 (jet fuel).

The authorization protects Puma Energy and the National Airports Corporation (NAC) from any legal actions under the ICCC Act 2002; to lease a piece of land at or near Jacksons International Airport to build an aviation fuel farm facility and provide associated services.

Puma Energy applied to the ICCC for entry into the Jacksons Aerdrome because its entry into Jacksons raised anti-competitive concerns.

Based on information provided by Puma and the comments and submissions received from relevant key stakeholders, the ICCC noted potential adverse competioton effects should Puma Energy be allowed to freely enter the market.

In the statement ICCC Commissioner, Paulus Ain, said while they noted the potential adverse competition implications, Jacksons is the aviation hub of the country and effective competition was lacking there.

This resulted in high fuel prices which translated to higher airfares and air freight for customers.

“In the interest of introducing some level of effective competition at Jacksons with the aim to achieve reduction in the aviation fuel prices and flow on benefits to the travelling public, the ICCC as decided to allow Puma Energy to enter Jacksons and operate its business there with some strict conditions under this Authorization,” Ain said.

The conditions are aimed at:

- Achieving optimal competition at Jacksons and the aviation industry in PNG; and

- Minimizing the chain of potential negative effects on consumers and the travelling public.

Puma is expected to comply or risk revocation of the Authorization.