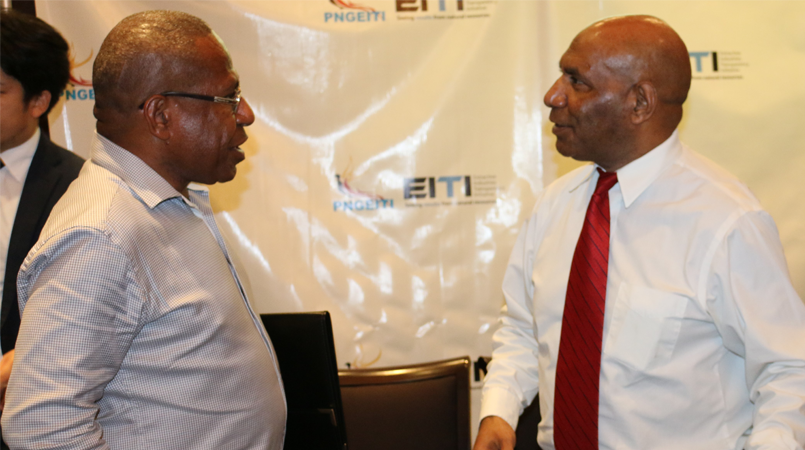 The signing of a capacity development project to improve resource revenue recording is timely given expansions in the extractive industries.

Puiye said the project was timely give the expansions of resource projects in the country. He cited mining and petroleum as the expansion sectors.

He added “When you look at these projects the first thing that comes to mind is revenue. So JICA let me thank you and the government of Japan as well as other key stakeholders, which are assisting the PNG Government, improve PNG’s performance as a country that promotes transparency.”

Puiye said improving the reporting on the actual amount of revenue that is generated will translate to tangible developments on the ground.

He said the project will also improve PNG’s position in terms of global transparency rankings as well as make the country more investor attractive.

Under the project JICA will provide to the EITI technical assistance through the provision of experts and facilitate targeted training for PNG Government counterparts to learn from other EITI candidate countries.

Capacity building will undertaken in government agencies such as the Department of Petroleum and Energy (DPE), the Finance Department, Internal Revenue Commission (IRC), Mineral Resources Authority (MRA), and the Department of National Planning & Monitoring (DNPM).

The PNG EITI is a PNG Government initiative established in 2013 to promote accountability and transparency of revenue received from the country’s mining and oil and gas sector.