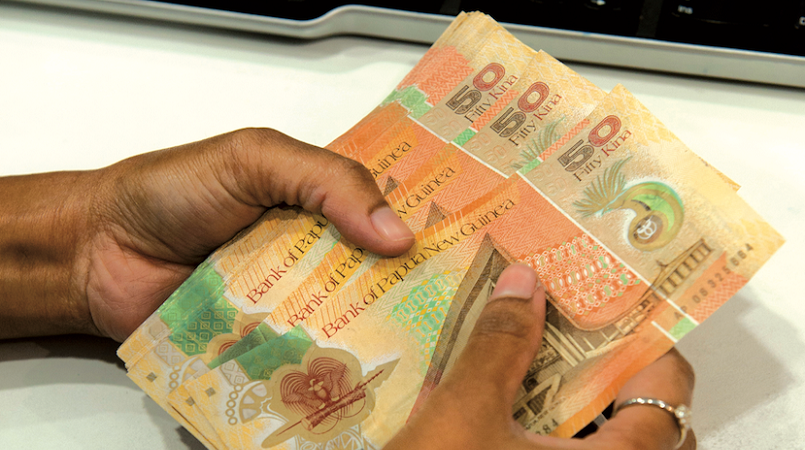 Investment bankers Citigroup and Credit Suisse were joint lead managers and book runners for the deal, which garnered significant interest with some reports stating demand was USD3.3 billion, mostly from the USA. Nasdaq reported that the bond has a 10 year maturity and will carry a yield of 8.375 percent.

“Kina Bank views this development positively and has a very good outcome for Papua New Guinea in beginning to diversify sources of debt funding. The interest rate is better than generally expected based on the Corporate B Credit Rate yield curve in the USA,” stated the Bank in a statement.

“Kina Bank believes PNG remains relatively attractive from an offshore debt provider point of view. This is due to low foreign debt levels and a large trade surplus which places PNG in a better position compared to some of the other emerging market economies that have run into trouble in recent times.

“The US dollar funding will boost PNG’s international reserves, currently at USD1.7bn, and will provide much needed foreign exchange funding for the Central Bank to provide relief into the domestic foreign currency market, with the backlog of import orders currently estimated to be K1.5bn.

“In the view of Kina Bank, the bond may relieve pressure on PGK in the short term, however, we do see the outlook for the PGK as continuing its current rate of depreciation against the USD, given the underlying supply and demand situation in the market is largely unchanged and there remains in excess of PGK2.0bn of unremitted capital account transactions still sitting in the corporate sector.

“The long term prognosis, which looks more favourable, is linked to the commodity price cycle and initiation of PNG based commodity resource projects.

“Whilst this bond will provide lower cost funding to government, Kina Bank’s outlook on domestic interest rates remains unchanged as short term yields are driven by high domestic liquidity and long term rates will continue to be driven by ongoing need for deficit financing, combined with accrued government debts outside of domestic debt issuance – all which will conspire to keep rates high.

“In the view of Kina Bank, although longer term rates will not necessarily come down, issuance of the Sovereign Bond provides some relief to building pressures that may have ultimately pushed longer term rates higher over a period of time.

“The success of the issue also, in the view of Kina Bank, marks an important milestone for the government, the central bank and Treasury with respect to debt management strategy.

“The fact that this issuance has been subscribed with a level of demand that was reportedly well in excess of the amount offered indicates that there is underlying appetite for PNG foreign currency debt.

“Over time, this will afford PNG the opportunity to execute a foreign currency debt issuance program and management strategy across multiple currencies, various amounts and terms that will facilitate repayment and refinancing of existing domestic and foreign issuance as part of an overall portfolio approach to foreign currency and domestic debt management.

“If such a program is developed and well executed in a prudent and disciplined manner, this will begin to bring PNG into line with other countries that have been managing foreign currency debt effectively for many decades, as one component of an overall debt management strategy to support the country’s growth and economic development.

“Should such a strategic approach to management of country level debt be employed, Kina Bank believes the currency risk associated with repatriating the proceeds of the bond issue is able to be managed.”