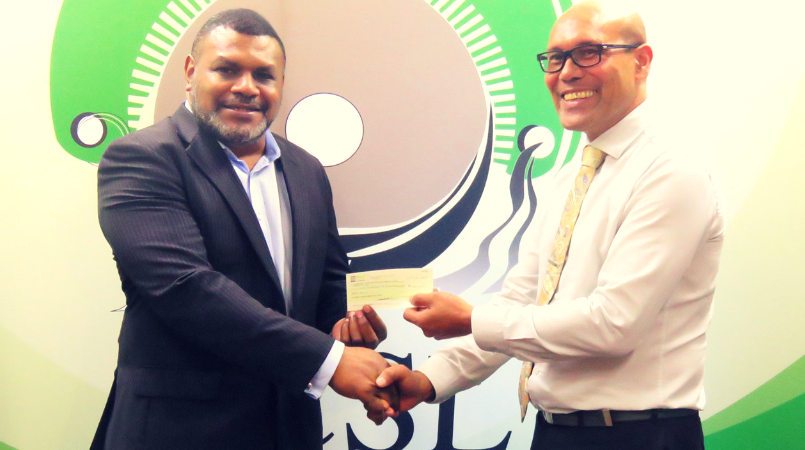 CAL is a joint venture company which was incorporated in February 2016 and specialises in software development.

The company was established with a share capital of K1,000. NCSL has a 51 percent shareholding while Software Factory Limited holds the other 49 percent.

After three years of successful operation and on conclusion of the audit of its 2018 financial statements, the Board of CAL declared total dividends of K200,000 with NCSL receiving K102,000 and Software Factory Limited receiving the balance. CAL now has net assets totaling K812,000.

NCSL Board Chairman, Ian Tarutia, and General Manager Vari Lahui, were on hand to receive the dividend cheque payment from the Interim CEO and Board Member of CAL, Semi Tukana.

Chairman Tarutia said this was another milestone achievement for NCSL, believing in the idea of bringing global technology into the local environment to provide cost-effective software solutions for the Pacific region.

He said NCSL’s strategic objective was to bring global IT solutions to the savings & loan societies and the financial industry through a locally incorporated entity.

NCSL became CAL’s major client through the acquisition of its current core banking system, SaveLoanSmart. This system has enabled NCSL to introduce web portals for its members and their employers, allowing real time interaction and quicker turn-around times on applications from members.

The system has also allowed automation of key service processes, enabling significant increase in the numbers and volume of transactions.