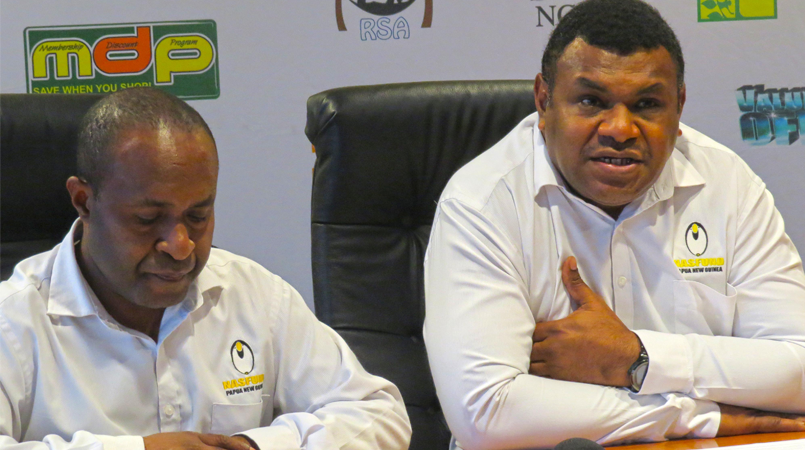 The National Superannuation Fund (NASFUND) says it is on track for 2017 after announcing positive growth in membership and contributions for the first quarter of 2017.

Chief Executive Officer, Ian Tarutia, announced on Wednesday that the Fund experienced a strong start to 2017 and was looking forward to maintaining positive progress in all activities and projects.

“First few months everything that we set for ourselves we are on track,” said Tarutia.

The results have been a result of a rigorous drive to bring in new members as well as improving collections rates from defaulting employers.

“NASFUND has great visibility and brand in th4e country and just by that alone we pull businesses. Their first point of contact if they’re establishing in PNG if there operating somewhere they contact NASFUND. That’s one.

“And they other one we re really aggressive this year. We have a business development and employers services that go out and look for potential businesses to register and we have all 15 branches which are fully resourced and equipped that also go out and signed up businesses in the provinces as well,” said Member Services Manager, Charlie Gilichibie.

The Fund also highlighted several initiatives and undertakings to improve its visibility to members as well as processing of members entitlements.