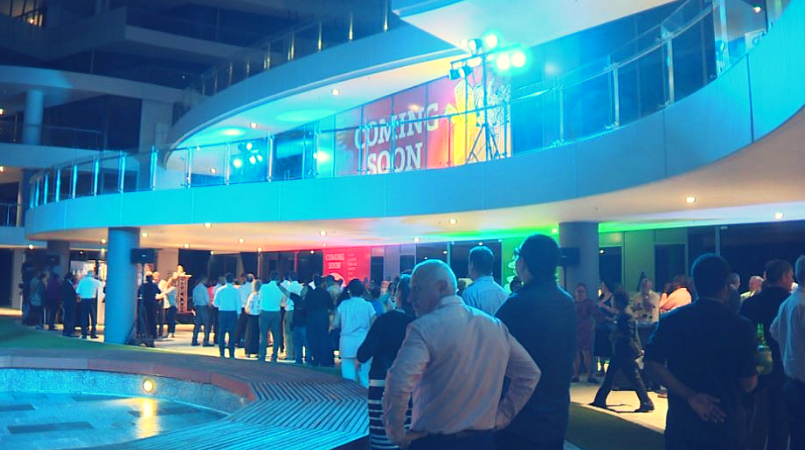 This was announced by Robert Coates, Area General Manager of the InterContinental Hotels Group, during a networking event at the Touaguba Hill precinct in Port Moresby recently.

During a recent Tradelinked networking event at the Nambawan Super Plaza Precinct, guests were invited to a tour of the area.

The Precinct investment is worth K414 million and will be managed by IHG.

The Precinct currently has 54 single, two and three fully serviced units as well as the soon-to-be opened bar, restaurant, meeting facility and gymnasium. Currently over 20 apartments have been sold.

Nambawan Super Limited expects to make an average of K50 million from the Precinct annually, and a projected revenue stream of K1.5 billion in the next 30 years.

NSL CEO, Paul Sayer, said this is money going into the pockets of Papua New Guineans such as teachers, police officers, doctors and nurses, and correctional service officers, who are NSL members.

In May NSL and OPH officially opened the Hotel apartments with first tenants moving in July.