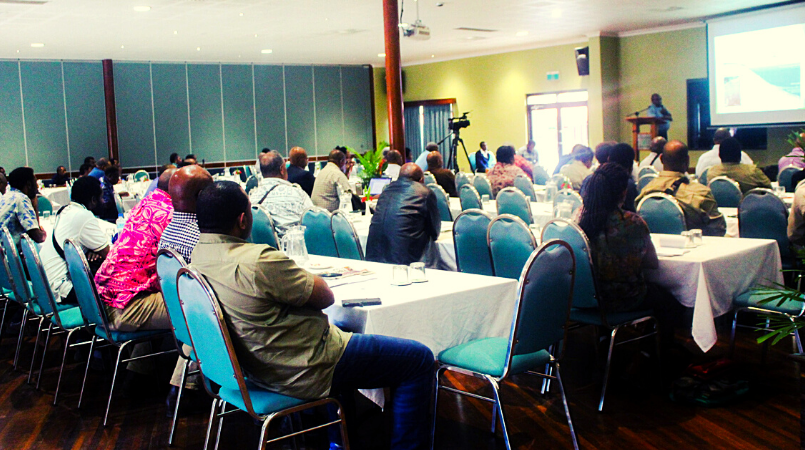 The Morobe Governor has asked authorities to consider the environmental impact of deep-sea tailings placement (DSTP).

Speaking at a consultative workshop in Lae, hosted by the Conservation and Environment Protection Authority (CEPA) on the deep-sea tailings placement from the Wafi-Golpu Mining Project into the Huon Sea in Morobe Province.

The workshop aimed to look at the impacts of DSTP with feedback from the Morobe Provincial Government and the landowners (impacted and affected) of Wafi-Golpu Mining and the people of Morobe.

Governor Saonu said: “Environmental issues are very important; we cannot just talk about mining alone, mining will affect the environment and as we all know, the environment is the livelihood of people.

“So it is important to take on board environmental issues as a priority agenda before the decision to allow the mining project to operate.”

The Governor, whilst thanking Environment and Conservation Minister Wera Mori for accepting the Morobe Provincial Government’s Position Paper on the Wafi-Golpu Mining Project, emphasised that the position paper consisted of collective concerns raised by the people of Morobe themselves.

“The position paper will assist your office to come up with the right approach in regards to DSTP; Morobe Provincial Government’s position as per the people’s wishes not to have DSTP in the Province,” Governor Saonu stressed.

“The people of Morobe Patrol Post to Salamaua to Bukawa to Siassi to Finschhafen to Wasu have expressed concerns not to have DSTP in Huon Gulf Sea and MPG stands by their concerns and wish.”

Governor Saonu stressed that there are still better class technology and expertise that can be utilised to dump tailings, apart from the sea.

“Bring the world over the best brains and let us make Wafi-Golpu Mining Project the classic example for all other mines in the world,” Governor Saonu told the forum.

The two concentrate pipelines are said to be piped to Wagang, where the provincial government is keen to build a new wharf for Morobe however, the Morobe Provincial Executive Council decided against the DSTP.

Governor Saonu told CEPA officials and the Environment and Conservation Minister that constructive and meaningful dialogue must be maintained.