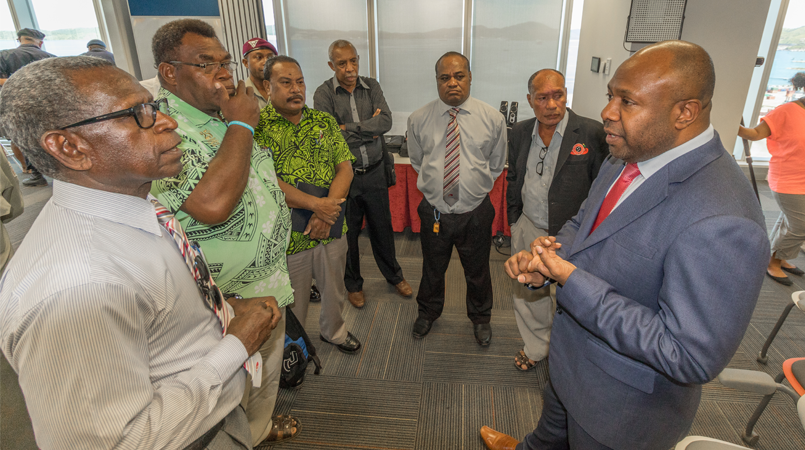 Members of Nambawan Super Limited (NSL) have expressed jubilation following the funds announcement of a K404 million and a subsequent 9 per cent crediting rate to member accounts.

Members from both the public and private sector are elated with the result and said it was the best news in a while.

Martin Kenehe, the PNG Teachers Association longest representative on the NSL Membership Committee tells Loop PNG that this is the best news for 58, 000 teacher members around the country.

He said teachers for too long have worked in terrible conditions and have had to put up with many issues of salaries and entitlements and the news will alleviate some of those issues.

“The announcement of the 9 per cent will alleviate teachers and put them at ease and give them some comfort,” said Kenehe.

Hertz Leasemaster Limited is one company from the private sector which recently joined NSL.

Operations Manager, Gerhard Meyer, says the prudent management of the fund and its positive balance sheet appealed to the company, prompting them to change their membership in 2015.

“In having to overcome all those obstacles and hardships they managed the fund well to make a big profit of K400 million (K404 million),  and that shows that they are capable in managing people’s funds,” said Meyer.

Both men urged others to join NSL saying it was the best super fund in the country.