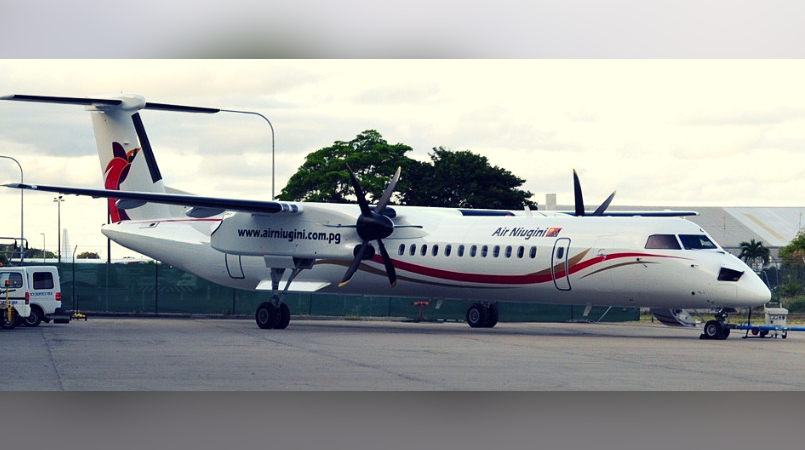 The Q402, under registration P2-PXQ, is near new and brings substantial additional capabilities to the Link PNG operation.

With 76 seats, it has over 50 percent more passenger capacity than Link PNG’s present Dash 8s. It is also capable of operating into many of the smaller airports that are unable to handle the Fokker jets.

Link PNG General Manager, Bruce Alabaster, said the new aircraft will be able to operate longer direct routes and the additional seating capacity can be expected to result in lower airfares.

“Since Q402 has the potential to operate longer routes, it now gives Link PNG the opportunity to open up new, long direct routes that the current Dash 8 is unable to operate to,” he stated.

“Additionally, it has 50 percent more seats than the present DHC-8s, but similar operating costs, this can expect to result in lower airfares.”

Alabaster added that with the current airport upgrade by the National Airports Corporation (NAC) and Asian Development Bank (ADB) under the Civil Aviation Development Investment Program (CADIP), the arrival of the Q402 is also timely.

“Whilst Air Niugini had previously operated this type of aircraft, lower lease rates and the airport upgrades under CADIP now made the fleet more economically efficient and also able to operate to a lot more airports than previously,” he said.

The immediate use of the Q402s will be to airports that are planned for runway upgrades during 2020 under the CADIP program and hence will not be available for Fokker jet operations. These airports include Rabaul, Alotau, Madang and Kavieng at varying times through 2020.

Additional Q402 aircraft are scheduled to be delivered, with the next aircraft arriving in late February.

(With 76 seats, the Q402 has over 50 percent more passenger capacity than Link PNG’s present Dash 8s)