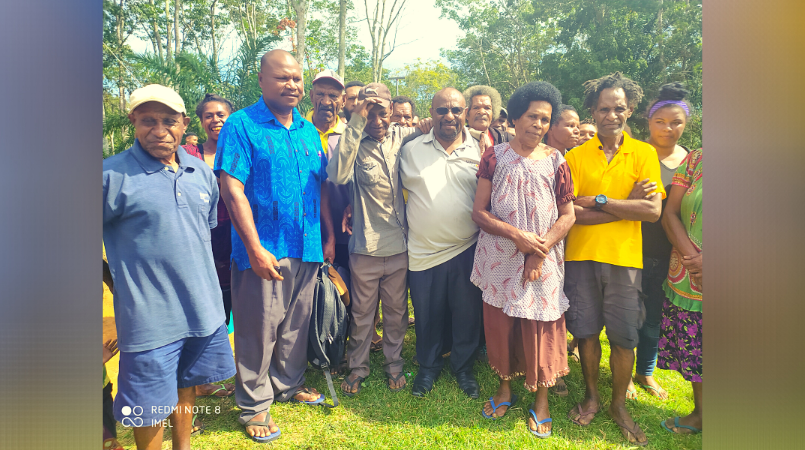 To say it was an emotional affair is an understatement for rubber farmers in a plantation in Central Province as they witnessed a state Minister go in person to visit them.

Farmers and locals came in numbers to the main office at the Bisianumu Station when they heard that the Agriculture Minister was paying a visit.

Farmers in this part of the country are facing numerous hurdles, including accessibility and the lack – if not – absence of avenues to sell their produce.

Farmers said this was their livelihood but it was quite difficult to sustain themselves and their families.

It takes locals about half a day to reach the main road from the Bisianumu Rubber main office.

On a good day, buyers are able to drive in; but most often than not, farmers are forced to carry their produce and walk the long distance.

Like many other farmers throughout the country, these are hardworking people who only need a little push from appropriate authorities.

Rubber is a lucrative commodity which, when invested appropriately, can bring in generous income.

However, it is also a commodity that needs much attention from farmers as well as the authority.

According to Rubber Chairlady Josephine Kenni – who also has a farming background – rubber cultivation or tapping, as is known, requires farmers to operate on rubber trees or most commonly known as conducting a surgery.

She added that after the surgery, a cup with various measurements – which varies from 1 litre to 1.6 litres – is placed at the base of the tree and the sap is collected. Collection can take half a day or a full day depending on the volume of the sap.

She said rubber cultivation is not laborious however, just like any other commodity or plantations, it needs more investment and attention from farmers.

Kenni added that there is a huge economic potential for this industry.

Minister for Agriculture and Livestock, John Simon, was moved by the farmers’ stories, saying he will do everything he can to ensure that their cries are addressed.