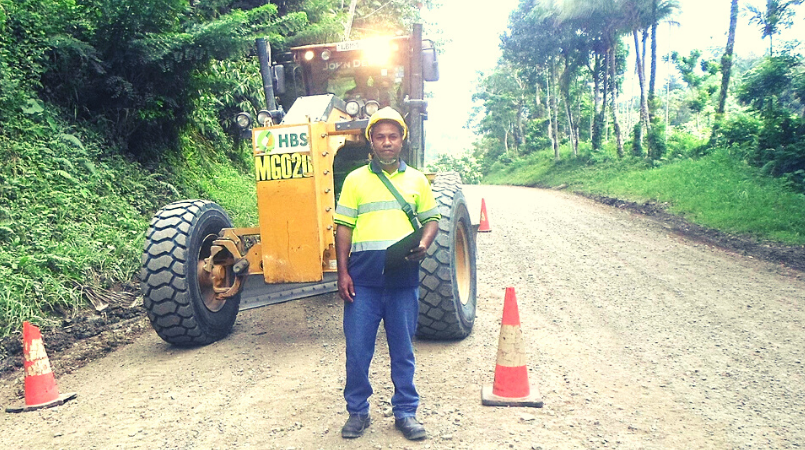 Project engineers play an important role in improving and maintaining transport infrastructure – including roads that connect people and businesses while providing safer access for users.

This requires continuous learning and expansion of their knowledge and skills.

Supported by the Papua New Guinea-Australia Partnership, engineers at the Department of Works (DoW) in East Sepik Province are receiving on-the-job training to assist the Department’s transition to Long Term Maintenance Contracts in alignment with the Government of PNG’s National Road Network Strategy 2018-2037.

Moses Bori is a Senior Project Engineer with the DoW in Wewak who primarily designs and scopes projects, evaluates tenders and supervises construction works within the Fixed Term Maintenance Contract on the Sepik Highway.

“In any project, I appreciate the finished product and have a real sense of ownership,” he says.

After completing a Bachelor of Civil Engineering at the PNG University of Technology, Bori joined the Department of Works in 2014 as a casual project engineer and has since worked his way up to become a project manager.

“I aspire to do further studies in project management and contract law. But I also value any on-the-job training, where I have seen first-hand the practical applications that I learned in theory.”

Bori says women are largely outnumbered in the field of engineering and encourages their equal participation.

“I think women should consider an education in engineering and work in this field. At university there were 30 in my class and only six were women. People see engineering as a male field.

“Engineering is not only for men; women would assist greatly.”

Now as a senior engineer on a major project, Bori administers contracts and supervises works on national roads. He is currently working on a 77kilometre project running from Kreer Junction to Yangoru Junction.

“I think it is a very important partnership between PNG and Australia. The improvements mean that road users in Sepik save around half an hour to an hour driving from Wewak to Maprik. Better roads make it safer and more convenient for people to travel.”

The PNG-Australia Partnership is supporting road improvements on 117 kilometres of the Sepik Highway, which will benefit approximately 450,000 people.