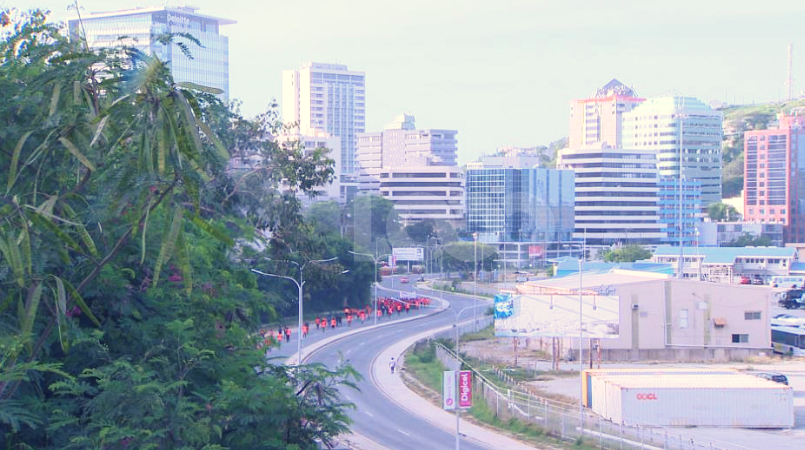 A rebound in the mining and resource industries helped drive stronger economic growth in Papua New Guinea in 2019, a year which saw Peter O’Neill’s eight-year tenure as prime minister end.

In its 2019 year in review, the Oxford Business Group (OBG) said: “Prime Minister O’Neill resigned in late May following a series of policy disputes and defections within the government. He was replaced on May 30 by James Marape, the former minister of finance.

“In a break with his predecessor, Prime Minister Marape has struck a somewhat nationalistic tone since taking office, setting out an agenda to find a more even balance between the interests of investors and Papua New Guineans amid a perception that the country has not adequately benefitted from foreign-funded, resource-based projects in the past.

“Elsewhere, the new administration has sought to diversify the economy by prioritising growth in non-resource sectors, small and medium-sized businesses, and the informal economy.”

A key pillar of this strategy involves agriculture, with Prime Minister Marape telling OBG in a recent interview that he aims to turn the country into the “food bowl for Asia” by expanding production and export capabilities.

To this end, the government announced it would invest PGK200m ($58.7m) annually in the sector through to 2030, while in late August the EU inaugurated a PGK340m ($99.8m) pilot programme designed to benefit smallholder farms in East Sepik Province.

Another sign of the new economic approach was revealed in late November with the release of the 2020 budget, the country’s largest ever.

The budget outlined expenditure of PGK18.7bn ($5.5bn), 13.3 percent more than in the 2019 supplementary budget. Much of the spending will be directed towards capital investment, with a particular focus on electricity, internet and road infrastructure improvements seen as key to unlocking non-resource growth. While revenue is also expected to reach record levels, the budget foresees a deficit of PGK4.6bn ($1.4bn) in 2020, or roughly 5 percent of GDP.

While the economy struggled in 2018, it is projected to grow by 5 percent in 2019, according to both Treasury estimates and the IMF, the highest rate since 2015.

The sharp increase comes on the back of a 1.1 percent contraction in GDP in 2018, with expansion heavily affected by the 7.5-magnitude earthquake that hit the country on February 26 of that year.

In addition to leading to the death of more than 200 people, the earthquake destroyed much of PNG’s industrial infrastructure, subsequently halting production of some of the country’s major resource-based projects.

Growth in 2019 was largely driven by a recovery in mining and oil and gas operations as damaged infrastructure was repaired and production at major projects resumed.

Non-resource industries have also recorded improvements. Non-mining growth is projected to increase by 2.9 percent over the course of the year, according to Treasury figures, driven by 2.5 percent growth in agriculture and fisheries.

Despite efforts to diversify the economy, much of the country’s longer-term prosperity is still tied to resources. While these sectors recovered in 2019, they have also been subject to uncertainty.

In a development that is expected to double PNG’s liquefied natural gas (LNG) exports by 2024, the government signed an agreement with Total, ExxonMobil and Australian Securities Exchange-listed Oil Search relating to the development of the $13bn Papua LNG project in April.

However, shortly after taking power, Prime Minister Marape called for a review of the terms of the deal. Despite announcing in September that it would honour the agreement, the government’s approach has led to some concern within the industry.

The Marape administration has also been locked in negotiations with ExxonMobil over the P’nyang gas project.

With the government seeking more favourable terms than previous resources deals, there are fears that a stalemate over P’nyang could delay overall resource development in the country.

Elsewhere, the government has moved to revise the 1992 Mining Act. Officials are expected to introduce the bill to Parliament in early 2020; anticipated proposals include reforms of the maximum term of mining leases, renewal periods for licences and labour laws.

Another significant political event for 2019 occurred in December, when the people of the Autonomous Region of Bougainville, a collection of islands in the Solomon Sea, voted overwhelmingly to break away from PNG in an independence referendum.

Almost 98 percent of the 180,000-strong voting population voted in favour of independence, rejecting proposals of greater autonomy to remain part of PNG.

Although a blow to PNG, the decision is non-binding, with the final decision to be ratified by Parliament. A series of lengthy negotiations are expected to determine the terms of the region’s departure from PNG, with some analysts predicting that independence may not be realised for a decade.