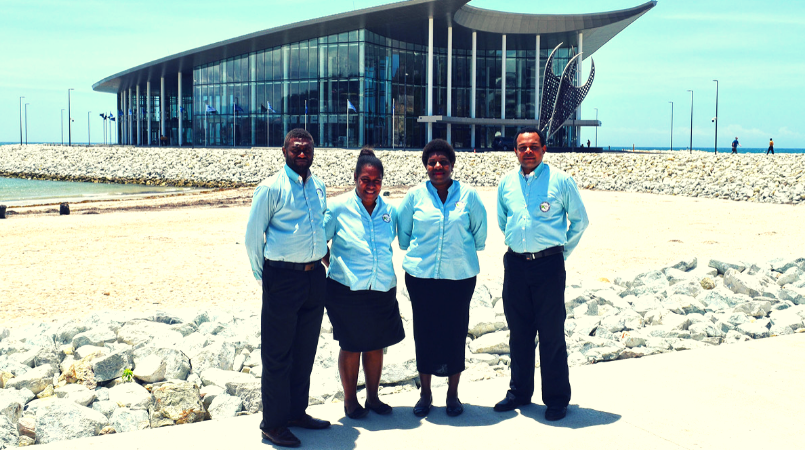 The PNG Chamber of Mines and Petroleum has warmly welcomed world leaders and global CEOs to the Asia-Pacific Economic Cooperation (APEC) meetings that are underway in Port Moresby this week.

The APEC program includes the APEC CEO Summit, which runs from 15-17 November. With the theme “Charting a Common Future”, the program for the summit features a number of keynote speakers from leading resources industry companies operating in Papua New Guinea, including Newcrest Mining, Oil Search, Total and ExxonMobil, who are all platinum sponsors of the Summit.

The CEO Summit is widely regarded as one of the most important business events in the Asia-Pacific region, providing opportunities for CEOs and other top business executives to engage with heads of government and economic ministers.

“The mining and petroleum industry is proud to play its part in showing the world that PNG is a growing economy and a great place to invest,” said Gerea Aopi CBE, President of the PNG Chamber of Mines and Petroleum.

“Sponsorship of APEC events is a way for our companies to help the Government and people of PNG to deliver a world-class event.

“With APEC’s goal to create greater prosperity for the people of the region, our industry is a living example of the APEC spirit at work. Our members are operating and developing projects to deliver long-term, tangible benefits to the people of PNG.

“The Chamber hopes that the APEC leaders’ meeting in Papua New Guinea will provide the APEC leaders with an insight into PNG’s mining and petroleum industry, and the important role it is playing in building the future of PNG.

“We are also pleased that they have this opportunity to experience PNG culture and learn about our country first-hand,” added Aopi.

APEC Economic Leaders’ Week, running from 12 to 18 November, will bring together leaders and senior officials from the 21 countries that are members of APEC.

APEC leaders are meeting in Port Moresby to help increase trade and integration to bring sustainable and inclusive growth to the region.

(Chamber staff, from left, Sam Rakum, Anna Uari, Sheryl Peter and Stanford Raufun are just as excited as everyone else to witness APEC being hosted in Port Moresby – Picture courtesy of PNG Chamber of Mines and Petroleum)