APEC drivers, support staff yet to be paid 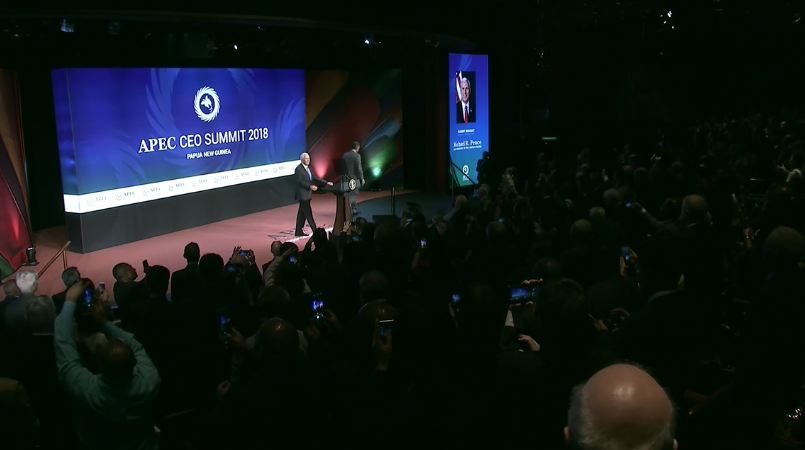 Members of the APEC support staff will be gathering at the International Convention Centre today to seek answers pertaining to their unpaid APEC allowances.

The 200 drivers and 500 support staff played vital roles in the preparation and hosting of the international summit in Port Moresby.

Sadly, they are yet to be compensated after the successful conclusion of the leaders’ meet on November 18th.

Margaret Sepi, who was one of the four female APEC drivers, told this newsroom that the APEC Authority had made a commitment to pay them on November 29th but to date, they have not received any word on the matter, let alone seen any money in their accounts.

“We have not seen anything tangible,” Sepi stated.

“After we finished on November 21st, we just left with no final word, no briefing from the Authority.

“You don’t make people work for you and you let them go, just like that.

“Last week some people were called in and were told that they would be given a reference and maybe a certificate of participation. It was poorly coordinated where people just walked in on an ad hoc basis.”

Sepi said they were initially advised that they would be paid K100 per day from November 7th-21st. However, the rate was changed to K200 following a petition by drivers, who argued that they had worked long, strenuous hours and deserved to be fairly compensated.

“Yesterday (Dec 4th) the Authority said the K200 still stands but it will only cover the leaders’ week, from the 12th to the 18th of November,” Sepi said.

“These are the issues that we need to iron out today, hence the call to meet and have someone from the Authority speak to us, maybe the director of human resource or the CEO.

“We have delivered APEC. We need our dues.”

However, in response, APEC CEO Chris Hawkins told this newsroom that payments are going through.

"The magnitude of the APEC Summit means it takes time to process all.

"It is a pity politics has entered this space at a time everyone is proud of what was achieved."

(Leaders of super powers like USA and China attended the APEC Summit with other global leaders, delegates and international media. Whilst PNG is congratulating itself on a job well done, it is yet to fairly compensate those who have worked tirelessly behind the scene)